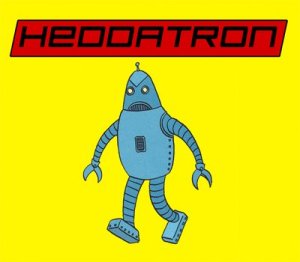 So, over the weekend, I saw Heddatron performed by the Cleveland group, Theatre Ninjas. I could not have been more impressed by the acting and the entire experience. They transformed a Tremont church into an impressive stage and ticket prices weren’t bad.
The play itself is a little hard to describe. Heddatron, by Elizabeth Meriwether, is about a pregnant woman who is abducted by robots and is then forced to perform Henrik Ibsen’s Hedda Gabler. It sounds weird, I know, but you have to trust me when I say it was hilarious. If you are looking for something interesting to do in Cleveland this weekend you should go see this.
Pilgrim Congregational Church
2592 W. 14th St.
Cleveland, OH
April 17 to May 3
Fri, Sat @ 8pm
Sun @ 3pm
*Monday, April 20 @ 8pm
*Sunday, April 26 @ 7pm