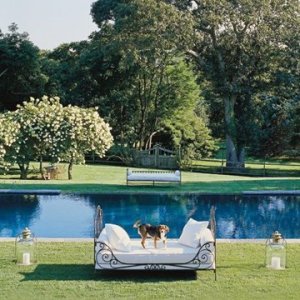 It is officially summer, made apparent by the fact that everything from my hair to my clothes feels frizzy. It is already about 70 degrees outside, and it is not even noon yet. The forecast says it will be reaching 80 degrees by 3 p.m.
How was your weekend? How was your father’s day? I will be filling you in on the Summer Solstice party and the unveiling of the new East Wing at the Cleveland Museum of Art later on in the week. The peeps at the art museum really know how to throw a good party. Until then look at this cute dog.