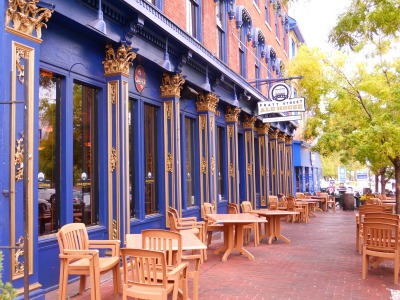 Baltimore has an east coast vibe but the grittiness of a city that has seen hard times. It’s as if someone mixed Cleveland and Norwalk in a blender, and for that I like some of the juxtaposition. A $5 palm reading is in the same shopping center as a Cheesecake Factory. And at the same time, areas like Fells Point with locally-owned seafood restaurants, Irish bars featuring live music, and trendy clothing boutiques seem to prosper, with a younger preppier crowd filling the bars. Here are some photos:

Part of the Inner Harbor flooded while we were there. We went to dinner the first night in Fells Point. Bars and restaurants were having flood sales.

We went to Bertha’s Mussels for delicious mussels cooked in Guinness beer and broiled shrimp and scallops. Here is their ceiling light covered in green bottles. 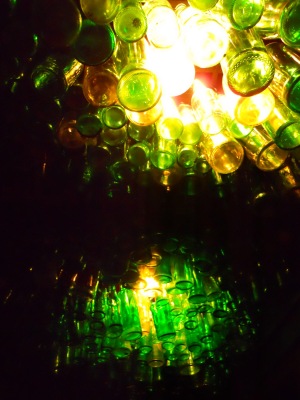 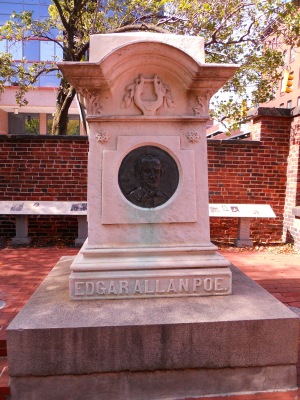 I visited the Edgar Allen Poe House and Museum as well as his current grave site. Below is where he was originally buried.

I also toured the old U.S. Navy war ship the USS Constellation, which was constructed in 1854. You can walk through all four decks of the boat and see the seaman’s and captain’s quarters.