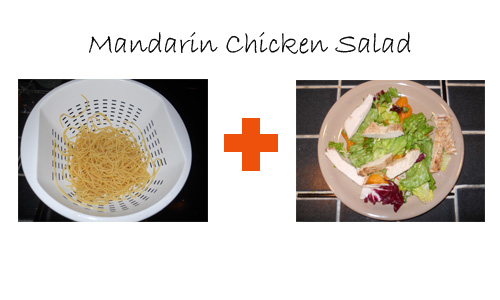 Most colleges have a cafe that also doubles as a study place and a hang out. A meeting place, if you will. At my college it was called the In Between. Although it was mere feet away from the actual cafeteria, the food was significantly better. One of my favorite things to order was the Mandarin Chicken Salad. I had a craving for it today, and since I had book club tonight and needed something fast, it was the perfect storm. This really was a cinch to make. I had some leftover balsamic marinated chicken from the night before, which I just cut into slices. You should probably use Asian-style noodles for this, but I just boiled some spaghetti noodles and rinsed them in cold water. Then I tossed the noodles, lettuce, chicken, mandarin oranges, and dressing. I used my Trader Joe’s Gyoza dipping sauce for dressing, and I have to say I came pretty close to replicating the original. It made me slightly nostalgic for the days of getting a Mandarin Chicken Salad in a plastic take out box because I didn’t have time to go to the cafeteria the night before a big test or paper was due. Not that nostalgic. Just slightly. 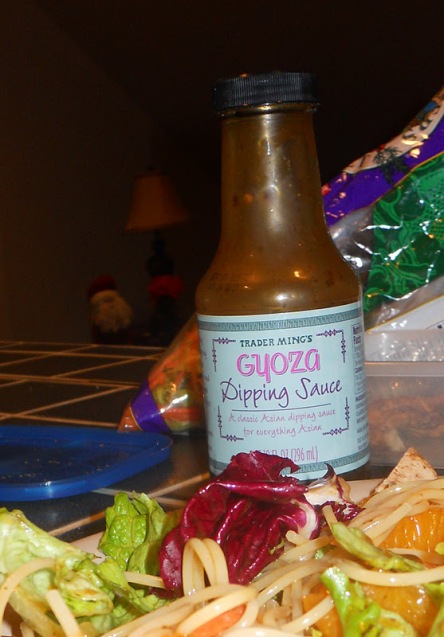